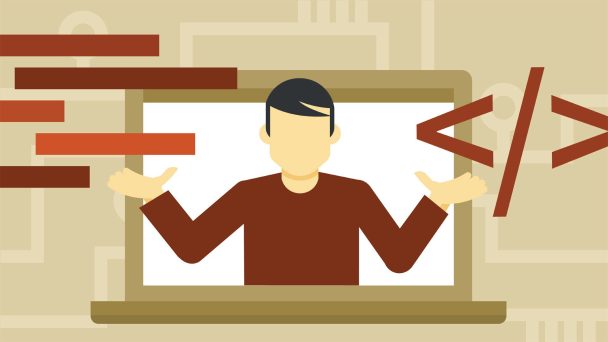 Lately, we have all been stuck with these giant words “JavaScript Modules”. Each one of us wondering what we can do with them, how do they even play a vital role in our daily life and so on.

So what the heck is JS module System? ?

As JavaScript development gets more and more common, namespaces and dependencies get much more difficult to handle. Different solutions were developed to deal with this problem in the form of module systems.

When we say an application is modular, we generally mean it’s composed of a set of highly decoupled, distinct pieces of functionality stored as modules. As you probably know, loose coupling facilitates easier maintainability of apps by removing dependencies where possible. When this is implemented efficiently, its quite easy to see how changes to one part of a system may affect another.

Story Time!
Telling stories is as basic to human beings as eating. More so, in fact, for while food makes us live, stories are what make our lives worth living – Richard Kearney ?

Why am I even talking about all this?

So, next step was to publish the library. Huh?? ?
This was the toughest part because there were bunch of things striking my head like:
1. How to make it tree shakeable?
2. What JS module systems shall I target (commonjs, amd, harmony).
3. Shall I transpile the source?
4. Shall I bundle the source?
5. What files to publish?
Everyone of us havethese kind of questions bubbling in our heads while creating a library. Right?
I’ll try to address all the above questions.

That was all about different types of JS module systems and how it has evolved. Although ES Harmony module system is supported by all the tools and modern browsers, but we never know while publishing libraries how our consumers will utilize it. Hence, we must always ensure that our libraries should work in all the environments. Let’s dive more deep and design a sample library to answer all the questions related to publishing a library in a proper way.

I’ll build a small UI library, source on GitHub, and then share all my experiences and explorations for transpiling, bundling and publishing it.

Here we have a small UI library which has 3 components Button, Card and NavBar. Let’s transpile and publish it step by step.

Less known fact: Webpack uses resolve.mainfields to determine which fields in package.json are checked.
Performance Tip: Always try to publish ES version of your library/package as well because all the modern browsers now support ES modules. So you can transpile less and ultimately you’ll end up shipping less code to your users, hence your applications performance boosts up.

So now what’s next? Transpilation or Bundling? What tools to use?
Ah, here comes the trickiest part! Let’s dive in. ?

Webpack vs Rollup vs Babel? ?

These are all the modern day tools we use in our day to day life to ship our applications/library/packages. I cannot imagine the modern generation web development without them *BLESSED*. Hence we cannot compare them, therefore it’s a wrong question to ask! ❌

Each tool has it’s own benefits and serves different purpose based on the needs.

It’s a wrong question to ask. Each tool has it’s own benefits and serves different purpose based on the needs.

Webpack: Webpack is a great module bundler ? that is widely accepted across the globe and mostly used for building SPAs and gives you all the features out of the box like code splitting, async loading of bundles, tree shakingetc. It uses CommonJS module system.

PS:Webpack-4.0.0 alpha is already out ?, hopefully with the stable release it will become the universal bundler for all types of module system.

RollupJS: Rollup is also a module bundler similar to Webpack but the main building block of rollup is that it follows new standardized format for code modules included in the ES6 revision, so you can use this to bundle ES module variant of your library/package. It doesn’t supportsasync loading of bundles.

Babel: Babel is a transpiler for JavaScript best known for its ability to turn ES6 version into code that runs in your browser (or on your server) today. Remember it just transpiles and not bundles your code.

Use Rollup for libraries and Webpack for apps.

Transpile(Babelify) the source or Bundle it?

Again there’s a story behind it. ?

Most of my time was spent to figure out answer to this question when I was building this library. I started digging out my node_modules to lookup all the great libraries and check out their build systems.

After looking at different libraries/packages build output, it gave me a clear picture of what different strategies and purpose the authors of these libraries think before publishing their library/package. Below are the observations.

As you can see the above image, I’ve divided them into 2 groups based on their characteristics:

If you’re a good observer ? you might have figured out the difference between these two groups

But why there is a difference in build output of UI libraries and Core Packages? ?

But…
Transpile(Babelify) the source or Bundle it? ?

Tip: We can host the dist folder on CDN as well, for the consumers who are willing to download the whole library/package via <script/> tag.

We should have different scripts for each target system in package.json . You can find the rollup config in the in the GitHub repo.

In package.json"files" field is an array of file patterns that describes the entries to be included when your package is installed as a dependency. If you name a folder in the array, then it will also include the files inside that folder.

We will include lib and dist folder in "files" field in our case.

Finally the library is ready to publish just type npm run build command in the terminal and you can see the following output. Closely look at the dist and lib folder. ? Wow! Where does the time go? That was a wild ride, but I sincerely hope it gave you a better understanding of JavaScript Module system and how you can create your own library and publish it by ensuring following things:

Thanks to Juho Vepsäläinen and Lakshya Ranganath for their reviews & feedbacks, Sean T. Larkin and Tobias Koppers for sharing the insights of webpack at ReactiveConf, Addy Osmani for sharing workings of different JS module Systems in “Writing Modular JavaScript With AMD, CommonJS & ES Harmony”.