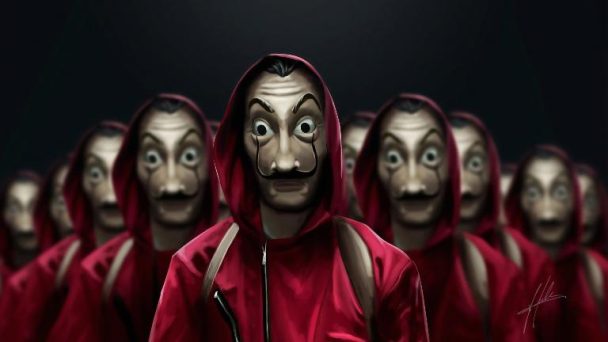 Would You do a Money Heist?

La casa de papel or Money Heist is one of the most successful TV series in recent times. It has a great mix of drama and thrill with characters designed as multi-dimensional and complementary antagonists and antiheroes whose moralities are ever-changing. It is not the best series I have ever watched, but it is undoubtedly a very entertaining one. With a whole lot of us confined to our homes in 2020, I hope you have had the opportunity to enjoy this series. If not, I would recommend it.

I believe there is a lot to learn from Money Heist.

The series was initially released in Spain in 2017 and was successful straightway with good ratings and more than four million viewers watching the first episode. It was almost double the number of the next highest-viewed station/show. However, over time, due to multiple things such as viewing slot, summer break, commercial breaks etc., the viewership halved, and ratings too declined.

It was at this low point that things changed for the series.

Netflix acquired the exclusive global streaming license, and with some changes, it launched the series on its platform in late 2017. Even without marketing and promotions, Money Heist became the most-watched non-English language series on Netflix within four months. Rest is history! Money Heist became one of the most-watched productions on Netflix of all time, regardless of language and was estimated to be watched by ~148 million subscribers by mid-2019.

In today’s new normal, CPG brands can learn a lot from Money Heist. Just creating a great product does not give you the $$$ that you feel you deserve, and sales teams will have many excuses such as seasonality, price, competition etc. etc. of why the sales are not where they should be. However, more often than not getting the distribution right will ensure that you maximise the returns for your creations even if it is not the best product in the eyes of certain consumers. It is the reason why many brands will spend ~50% of their top line on RTM.

However, the world has changed in 2020, and for you to get the growth you deserve, you need the right distribution channel for your products – just like Money Heist! It is especially true in emerging markets which brings the lion share of growth for CPG brands worldwide. For many progressive brands, B2B eCommerce has become the most heavily invested channel. They are investing to not only get their products listed on digital platforms but also transform their supply chain to provide the best-in-class service to their customers. Here are a few examples:

The adoption of this channel has accelerated at a rapid pace, and the industry has made 2-3 years’ worth of progress in just six months. Check out some of our learnings over the last four years of powering B2B eCommerce for some of the world’s best brands.

I would love to hear your views on what you are planning to do to come to the future.